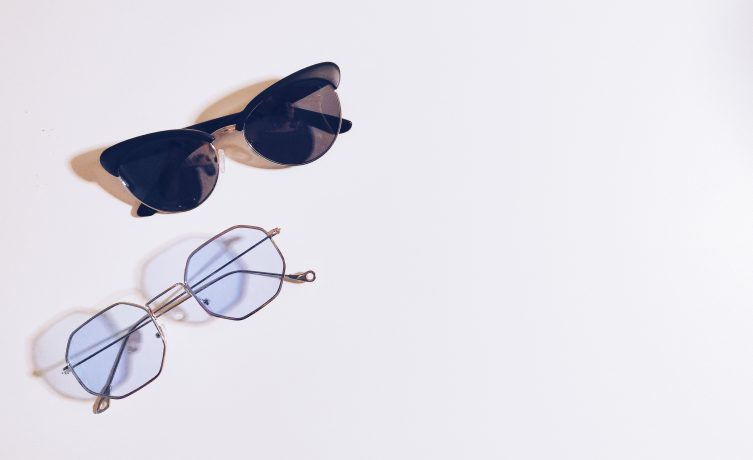 We will all come to a point where we might have to consider channeling our inner Jack Nicholson who once famously said, “With my sunglasses on, I’m Jack Nicholson. Without them, I’m fat and 60.”

That’s the power of the sunglasses right there. They can give or bring back one’s confidence and style in just a blink of an eye.

Unfortunately, we’re still going to get old – there will come a time when we’ll have nothing left to do but bore ourselves with sudokus and puzzles or may be some useless trivia that might interest someone. So why don’t we start getting ready for that?

Below are some fun facts about sunglasses that you actually don’t need to know, but might come in handy in the trivia arena. Or you know, maybe in striking up a conversation. Especially when you’re old.

The first pairs of sunglasses were made of bones 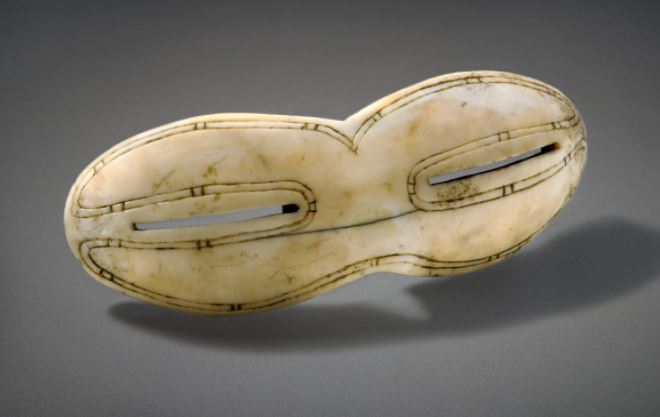 Ages before Oakley developed their first pair of snow goggles, the Inuits already had their own pair of eye protection handcrafted in the snowy mountains of the Arctic.

These primitive sunglasses, which they used during hunting season, were made entirely of walrus ivories. Hand-carved to fit the eyes. These ‘sunglasses’ featured two narrow slits that allowed them to scout the lands and hunt for their prey without suffering from snow blindness. Navigating through thick snow and freezing temperatures, those slits were all they needed to lock-in on their targets.

Although these ivory eye shields are, by no means, related nor a predecessor to the shades that we know today, no one can deny that these are a testament to the ingenuity and resourcefulness of the Inuits.

Technically, the term sunglasses is incorrect

We’re putting it here just in case you haven’t realized. We know, it’s just a little pet-peeve. But give us a pass on this.

They are called sunglasses simply because the original materials used to make eyewear back in the day was, you guessed it, glass. Much heavier than today’s materials but much more scratch-proof.

With the advent of newer technologies, companies still managed to produce quality frames and lenses, only lighter. All thanks to the polycarbonate material which is basically a type of plastic. That brings us back to the argument that “sunglasses” doesn’t sound as applicable anymore.

Well, maybe it’s a good thing that it stuck around. Because “sunpolycarbonates” or “sunplastics” would have been worse. So we’ll just stick to sunnies or shades for now.

Umbrellas and sunnies have one thing in common

They are often, if not always, left behind.

You heard it right. It seems that we can’t help but forget about these essentials. We bet you’ve also lost an umbrella as many times as you’ve bought them. Pretty much like us.

And that seems to be the case with specs, too. Just in the US alone, around 37,000 pairs are either broken or lost every year. In perspective, those are humans either being  clumsy or forgetful once every 14 minutes! Oh, poor sunnies.

So next time you buy a pair, hold onto them so dearly and make sure they last long to protect your eyes. 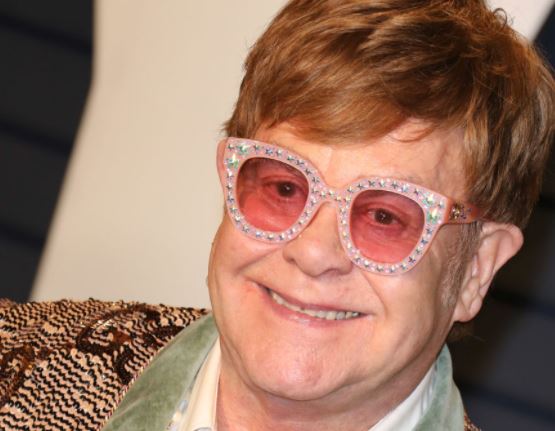 Michael Jackson and his gloves. Slash and his top hat. Jimi Hendrix and his headband. You know where we’re going with this, right?

Over the years, the music legend Elton John has established an image of himself, one which cannot be seen without rocking a pair or shades. His entire collection of sunnies that he wore on album covers, concerts and interviews are almost as iconic as he is.

Aside from being a Rock and Roll Hall-of-Famer, you could say that Elton John is also the ultimate collector. And he has over 250,000 (and counting) eccentric and colorful pairs stored in who-knows-where to back it up.

Maybe we should ask him how not to break or lose a pair of sunnies, don’t you think?

Unlike the Rocketman, Bono of U2 doesn’t wear his sunglasses because he thinks it’s cool

Bono is another legendary singer who’s also known for his spec-tacular shades collection. But unbeknownst to many, stylish specs weren’t always part of his fashion ensemble. Especially during the early years of U2.

In an interview on the Graham Norton Show, Bono confessed that the reason why he has been wearing sunnies all the time for the past 20 years is because of his condition glaucoma.

Glaucoma is a common eye problem where the optic nerves are damaged. This condition usually causes photophobia or light sensitivity like in the case of Bono.

For someone who has been under the spotlight his entire career and sensitive to light at the same time, man, that must be rough.

Good thing, people can always rely on a good ol’ pair of sunnies. 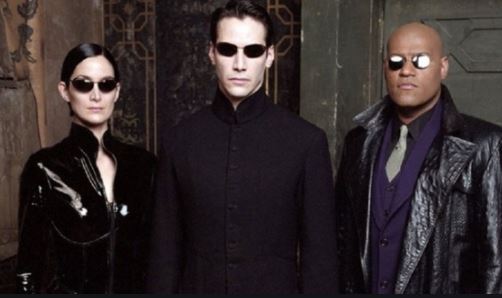 We’ve been talking about rock stars here since the last two entries, so we’re sneaking in some stars of the silver screen, specifically from the movie The Matrix.

No, we’re not talking about Keanu Reeves, or Carrie-Anne Moss. We’re talking about the ones who really stole the show: the cool and futuristic shades. These pieces of eyewear were responsible for the fame and accolades that the movie received.

Oh, you didn’t know? You must still be inside the simulation.

But kidding aside, there’s no denying how significant these shades are in the movie. In fact, The Matrix holds the record for the most shades ever featured in one film.

The Wachowskis also took advantage of the accessory to hint on certain elements of the movie. For example, you can tell whether a character is a good guy or not just by looking at their shades. Neo and other protagonists wore rounded or smooth-edged specs while Agent Smith and the bad guys wore square-ish or rectangular frames.

Stop us before we completely geek out!

Cat-eye sunnies must be one of the coolest origin stories you’ll hear in the eyewear industry.

This iconic shape was born when Altina Schinasi walked into an optician’s office and thought, “these eyeglasses are awful and boring as hell!”  – we might be exaggerating here.

And then she had some sort of an epiphany, like something must be done. Then she remembered the harlequin masks that she once saw in Venice, Italy. And that’s it! The concept of the “harlequin glasses” was born. Glasses with a striking shape defined by the exaggerated framing around the eyes.

Although she still had to pitch that concept to numerous opticians who are, let’s just say, not very welcoming of the idea. They all kindly said, “this is only for lunatics!” Again, exaggeration ours.

After a few more knocks, one glasses boutique in New York City bought the idea, and it took off from there.

Audrey Hepburn, Marilyn Monroe, and other famous women are only some of the die-hard fans of the sunnies. So who’s the lunatic now, right?

Sunglasses can make you way sexier than you actually are

If you’re on the lookout for a partner, you might want to invest in a stylish pair of sunnies.

According to Vanessa Brown, a cultural researcher from Nottingham Trent University, by “partially hiding the face” you ignite curiosity and exude a sense of mystery.

This sense of mystery and curiosity are known key factors in sexual desires among humans. Simply put, attractiveness has something to do with what you choose to show or hide from other people.

Good thing a pair of shades can do just the best of both worlds.

Yup, we did the Math. That’s everything that’ll take to acquire one of the most absurdly expensive accessories of all time: a pair of Chopards.

This pair of bejeweled specs was crafted by the famous sunglasses maker De Rigo Vision for an equally popular Swiss jewelry house called Chopard. Besides the fame that comes with the names of the people behind it, what makes it truly expensive is the special technique of setting the diamonds onto the frame.

Only some of the notable celebs who already got the chance to wear it are Gwyneth Paltrow, Tom Jones, and unsurprisingly, Elton John.

If you want this luxurious experience, you better have a staggering 400K USD or truckloads of Cheezels.

The great eyebrow debate that may never get settled

Surprisingly, there are two factions (or maybe three) within the sunnies community. There are those who love their sunglasses small enough, so their eyebrows are still showing. And those who consider it almost blasphemous and totally oppose it.

And then there’s the rest of us who simply don’t care whether our eyebrows are showing or not. We’d rather debate which flavour of Cheezels is the best one, right?

Anyway, these are only some of the fun facts about sunnies that might come in handy in the future. Use them at parties, conventions, or wherever you need to spark up the conversation.

You know what else is handy and can pique someone’s interest almost instantly? Sunnies.

Take a trip at our shop, Great Southern Sunnies, and marvel at our great collection of stylish pairs. Feel free to shop around! We make it easy to get great sunnies with affordable prices, a price match guarantee, free* express shipping Australia-Wide & AfterPay available for all orders.