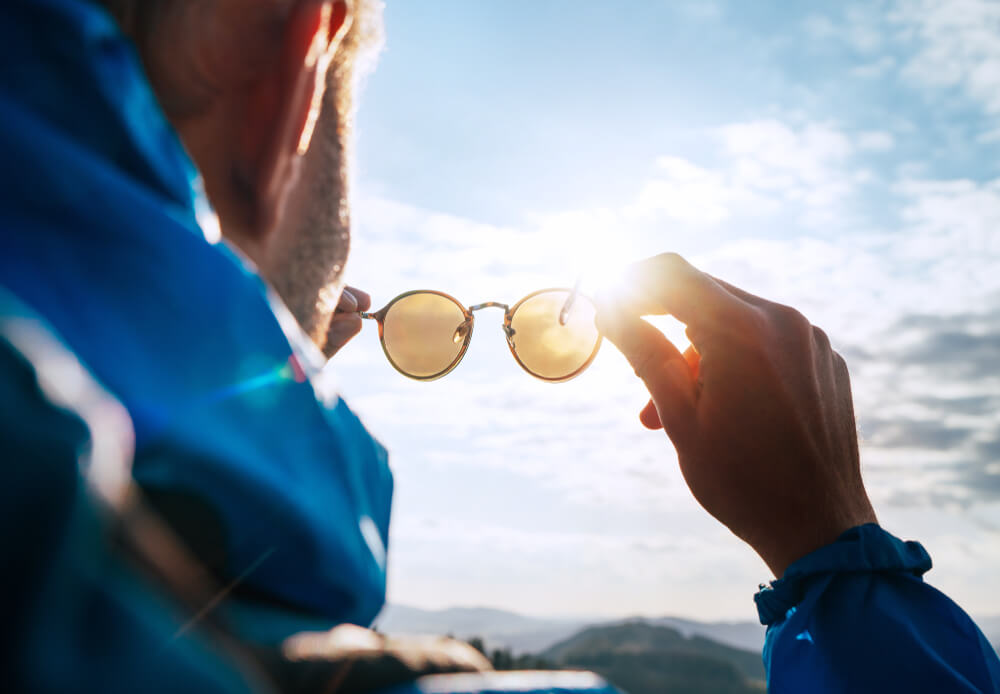 First off, we need to know that sunlight is a type of radiation; specifically, electromagnetic radiation. It sounds complicated, I know, but it’s surprisingly simple to understand. Electromagnetic radiation is simply the flow of energy at the speed of light, from the Sun. This energy oscillates, or radiates at certain frequencies. The Sun gives off tons of different types of radiation, such as radio waves, microwaves, and you guessed it, different wavelengths of light. Some of this light radiation is visible (think rays of sunlight), but some are not, at least not to the naked eye. And ultraviolet (UV) light falls into this category.

However, UV radiation isn’t limited to just the skin – it also affects the eyes. In this area, there are three types of radiation, each of which varies in energy level and has different effects on your vision. UVC and UVB rays have relatively high energy levels, but are partially blocked naturally by the ozone layer around the Earth. However, UVA rays are relatively low-level energy, but it’s easier for them to reach the eye. Because of this, UVA rays have been linked to multiple cases of cataracts and macular degeneration, as well as a handful of other long-term eye abnormalities. So how do sunglasses prevent this?

The answer lies in the dyes used to tint the sunglasses themselves. Most sunglasses are made with plastic or glass lenses, and metal oxide – a key component in UV ray protection – is used as well. Depending on whether the lenses are made of glass or plastic, the tints can be made of different materials. In glass lenses, the tint was initially a silver compound. However, though the point of this was to block UV rays, the dark tint was only a side effect.

When plastic sunglasses hit the market, various chemicals were used. The chemical we use today responds to UV rays by breaking its chemical bond, and rebuilds itself by bonding with the plastic physically darker.

The premise of UV blocking is simple enough: the sunglasses’ lenses are infused with a chemical that naturally absorbs some UV rays to keep them from hitting our eyes. The fact that they make the lenses darker is a side effect, but one with an added bonus: they diffuse some of the brighter rays. Although you might not have known about the complex chemical changes right before your eyes, it pays to know about how what protects your eyes does its job.

Your First Order When You Signup To Our Newsletter.