Who would have thought that a pair of sunglasses dedicated solely for pilots would make such a great impact not only on the military but also on the fashion DNA of the world’s popular culture?

Actually, if you told that to anyone at the very beginning, no one would have believed you. You’re simply crazy, they’d probably say. Even the masterminds of Ray-Ban didn’t think it. Not even in their wildest dreams.

But look at their legacy now.

In this piece we’ll take you back in time and walk you through the humble beginnings of Ray-Ban and their successful journey to being a household name in fashion.

Image Credit – Ray-Ban created the Aviator sunglasses for use by the US Air Force.

The 1930s was a great decade for aviation. The US Air Force relentlessly tinkered with their planes to make them as battle-ready as their fighter pilots. Which they did. Manned aircrafts flew higher into the sky. Pilots traveled farther into the horizon.

But as these pilots flew higher and farther, the more they were exposed to the glare from the sun which gave them headaches and altitude sickness. This situation spelled trouble, especially for pilots flying alone thousands of metres above the ground.

It turned out; they were not as battle-ready as their fighter planes, like they thought.

Or at least not yet.

It was then that Bausch & Lombe, who had been producing optical lenses for telescopes, binoculars, periscopes, and searchlight mirrors at that time, was approached by the military. Cutting down that glare was the mission.

The lens company took the challenge and did just that.

The company introduced a new type of sunglasses that can reduce the glare from the sun without hindering the vision of the fighter pilots. Subsequently, the Ray-Ban brand was born.

Fresh off the molds, these new sunglasses with green lenses and an all-metal frame had become a staple accessory in the military. These models would later be fittingly named as Ray-Ban Aviators.

But not so long after the momentous flight of the Aviators, the popularity of Ray-Ban grew not only within the military circle but also among people with an outdoor lifestyle. Enter the Ray-Ban Shooter and Outdoorsman in 1938.

Shooter is famous for its “cigarette-holder” ring in the middle while Outdoorsman was widely known for its top bar. But both were designed to protect the eyes of hunters and fishing enthusiasts from the harsh elements of the outdoors.

1940s: From an Air Force essential to a Force of Fashion 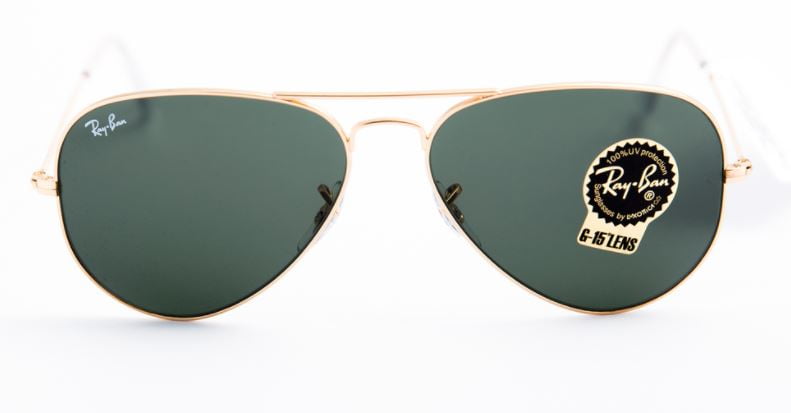 The military continued to use Ray-Ban’s lens technology to their advantage even during the war. With a bit of tinkering, Ray-Ban upgraded their sunglasses to have gradient mirror lenses which ultimately enhanced the protection of the pilots’ eyes.

Even though Ray-Ban’s eyewear tech was meant for military use, these specs were undeniably stylish. And it didn’t take too long for the world to notice.

In the 1940s, civilians loved to emulate soldiers. The Army and Navy regulation t-shirts were actually a thing during that time. So, when the Air Force pilots started donning those cool Aviators, everyone all of a sudden, wanted a piece of those too.

That’s when Ray-Ban saw the opportunity of expanding their reach. And from there, Ray-Ban jumped from part of a military flying kit to a legitimate player in the fashion industry. 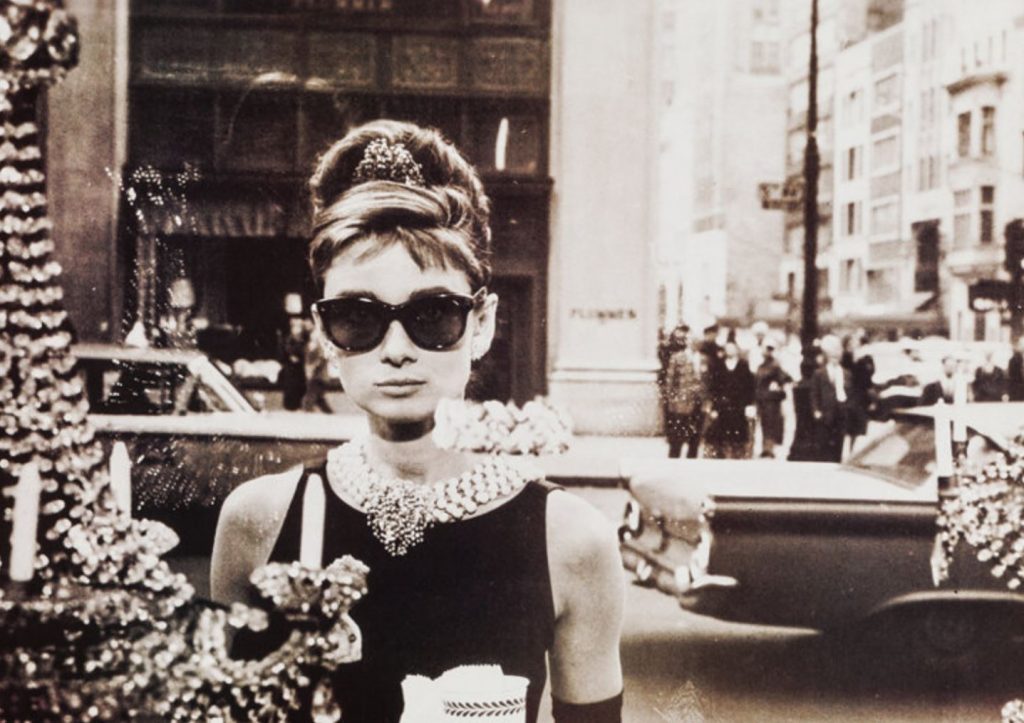 The 1950s was arguably the Golden Age of Cinema in the US. A ton of critically acclaimed films and blockbusters were made. Only some of the notable films that defined that era were Godzilla (1951), Twelve Angry Men (1957), and Singin’ in the Rain (1952) – but there were many more.

This was also that time when movie stars dictated what was in and what was out of fashion by simply wearing them on-screen.

Lucky for Ray-Ban, movie icons like James Dean got hooked into the suave stylings of Ray-Ban, as he was seen rocking a pair of Ray-Ban Wayfarers (released in 1952) in his critically acclaimed film: Rebel Without a Cause in 1955.

This movie certainly catapulted the Wayfarers into fame overnight. Almost half a decade later, Hollywood darling Audrey Hepburn would be seen wearing the same pair in her most iconic screen appearance in Breakfast at Tiffany’s. Which cemented the Wayfarers as one of the most iconic sunglasses for both men and women, to ever grace the screen.

Aside from Ray-Ban Wayfarer, other stylish models also had their fair share of Hollywood fame. One of which is the Ray-Ban Caravan which was released in 1957. It’s the squarer version of the Aviators and was later worn by Robert De Niro in his 1976 film noir Taxi Driver. Although Caravan’s fame came late, Bob De Niro’s superb acting and iconic mohawk haircut on that film certainly made the sunglasses even more iconic.

While Ray-Ban continued to be a staple fashion accessory for actors of the silver screen, the eyewear brand went with the flow of the cultural revolution and changing times of the 60s. It was during this decade that Ray-Ban expanded their catalogue and made their sunglasses available for men and women of all ages.

This expansion resulted in the production of the fashionable Ray-Ban Meteor which, like a meteorite, certainly made an impact and crushed it. The angular and masculine style of the Meteor perfectly matched the men’s fashion of the 60s.

On the other hand, cat-eye sunglasses emerged as a 60s fashion trend for women and Ray-Ban jumped right in and introduced a cat-eye of their own: Ray-Ban Laramie.

Propelled by the continuous production of stylish and quality sunglasses and the instant endorsement that came when celebrities wore a pair of Ray-Bans, the brand had become the leading player in the eyewear industry by the end of the decade.

During the 70s, it’s either you were either into dancing or into sport – a regular at the local disco bar or out in the open, sweating it out. But either way, there was one accessory you never forgot to bring: a pair of sunnies.

You might be wondering: who would need sunglasses inside a disco club? Well, you’re not wrong about that. But even though disco dancing was an indoor activity, you’ve got to level up not only your moves but also your fashion game. And during that time, that meant your style from head to toe. Yes, it was that big of a deal.

That’s why by this time, Ray-Ban launched two models that kept up with that sophisticated fashion trend: Ray-Ban Vagabond and Stateside. These two bad boys were both made with plastic frames and mirror or standard lenses.

Aside from fashion, sports was also a big thing during the 70s. The demand for a high-performance eyewear grew larger. And Ray-Ban took heed.

In 1974, Ambermatic lens technology was introduced. This tech can change the colors that you see depending on various lighting conditions of the environment like the mountains and snowy landscapes. Its light bending technology makes it perfect for the harsh playing fields of many winter sports. 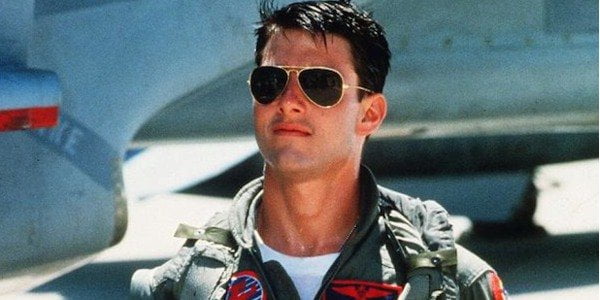 Up until the 1980s, Ray-Ban was still a screen favourite. In fact, in the 1986 flick Top Gun, the brand went full circle when Tom Cruise, who played the character of a fighter pilot (Maverick), rocked a pair of Aviators. This movie took the iconic pair back to its roots, ironically, up in the air. Because of this movie, the sales of the OG model of Ray-Ban skyrocketed to unimaginable heights.

The flick also cemented the Aviator as a true timeless classic. The simply stylish specs hadn’t faded in the slightest five decades later, proving that the Aviator was here to stay in the modern era.

This decade was defined by the momentous acquisition of Ray-Ban by Luxottica Group. After almost six decades, Bausch & Lombe had finally taken a step back and gave the key of Ray-Ban’s future to the eyewear mogul.

Ray-Ban joined Vogue Eyewear, Persol and other highly fashionable brands which were also under the umbrella of Luxottica.

With this move, Luxottica promised to unleash Ray-Ban’s untapped full potential. While Ray-Ban was proven to be a homegrown favourite, there was still so much more about the brand that was just waiting to be unearthed. Which is why Luxottica wanted to be a part of Ray-Ban’s future.

And true enough, by the following decade, Ray-Ban had become more than just a throwback icon that relies on its vintage charm. It expanded more in terms of their catalogues and continued to develop their sunglasses for maximum eye protection and timeless fashion. 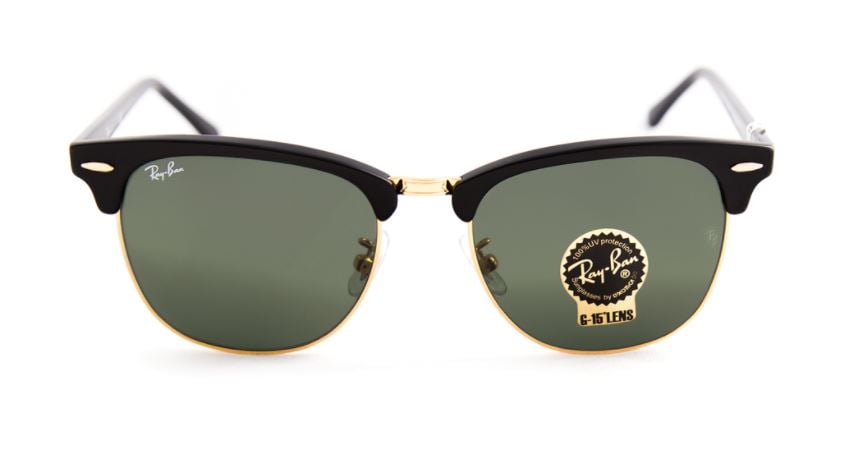 Under its new leadership, Ray-Ban expanded their reach through a series of collaborations. One of the most successful ones was their collaboration with Mick Rock who was tasked to photograph some big names of the indie rock scene like Johnny Marr of the Smiths and James Murphy of LCD SoundSystem.

This 2006 collab reinterpreted the Ray-Ban icon, Wayfarers. Only this time, these music legends wore the new and improved Wayfarer.

Two years later, Ray-Ban tested the waters overseas once again with their Ray-Ban Remaster project which featured international acts like The Kills, Ladyhawke, Paolo Nutini and more. And at the centre of this collaboration was the ever-fashionable Ray-Ban Clubmaster.

It was also during this decade that Ray-Ban had become not only an outdoor and fashion staple but also an office and school essential. The company launched Ray-Ban Optical in 2003, their product line of prescription lenses, and Ray-Ban Junior which catered to kids 8-12 years old.

It’s been eight decades since Ray-Ban was born. And there’s been no signs of going anywhere. Ray-Ban is such an icon of international pop culture that it refuses to plunge into oblivion. Fans of the brand won’t let that happen.

In 2011, thousands of Ray-Ban followers from around the world assembled in their respective cities like New York, London, Rio, Barcelona, Paris, Shanghai and so much more, to celebrate the “Never Hide” campaign of Ray-Ban.

It was only one of the pieces of proof that years and decades will pass but the icon that is Ray-Ban will remain. The overwhelming support of both its long-time and new fans is just a force of nature that will keep the legacy of the brand alive.

What does the 2020s hold in store for Ray-Ban fans?

No one will know for sure. It might be too early to tell. But if there’s something that we’ve learned throughout the successful years of Ray-Ban, it’s that this legend won’t settle for anything less than leading the pack.

Ray-Ban is a key culprit in shaping pop culture into what it is today, spawning countless fashion trends over it’s many decades of existence. The innovative passion of being a leader in both protective and stylish eyewear along with their timeless appeal, has made Ray-Ban last the long-yards.

But more than the impeccable style that any Ray-Ban sunglasses can bring, it’s the technological advancements that drive it forward. Just like how it started decades ago: solving an aviation issue with superb lens technology. Then next thing we knew, everybody wore Ray-Bans.

We bet you’ve worn an Aviator or a Wayfarer, too, at least once in your life. And the next generations will continue to appreciate and slay with these bad boys. That’s how classic and timeless Ray-Bans are.

If you’re looking for a new pair of sunnies, a pair of Ray-Bans certainly won’t fail you. Shop around Great Southern Sunnies for the newest releases and freshest takes on their icons like the Ray-Ban Clubmasters and Ray-Ban Aviators. Get these before the last days of summer are gone!