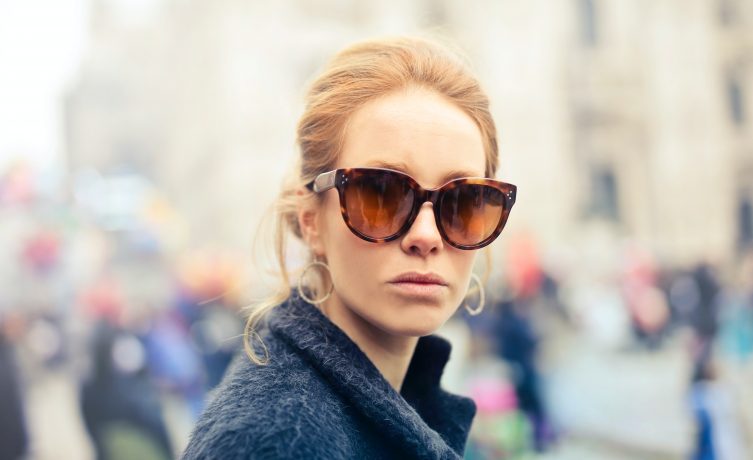 If you’re an avid fan of sunnies you probably have at least a dozen pairs of sunglasses from different designer brands. Some may see it as an addiction, and some roll their eyes and look at it as a waste of money. But for us, we simply see it as passion.

No matter what they say, they can’t keep us from getting that newest pair of sunglasses, right?

Whether it’s the Ray-Ban’s new take on their classic wayfarers, or the posh and elaborate prints in Prada’s frames, we can always make space in our shelves for the freshest picks. But as collectors, we know you have your own favourites. Those shades that no matter what you wear, will effortlessly complete the style you’re going for. Or those frames that will match your mood in any given day.

Yeah, we know you do. Because we have our own favourites, too! In this piece we’re sharing with you only some of the best brands that graced our shelves and some of their most fashionable and iconic specs that have become our most treasured pieces.

You can’t talk about Ray-Ban as one of the most iconic brands in the eyewear industry, without mentioning the ever-fashionable Aviators. It’s emergence in the scene is so epochal that it defined a generation of sunglass fanatics. 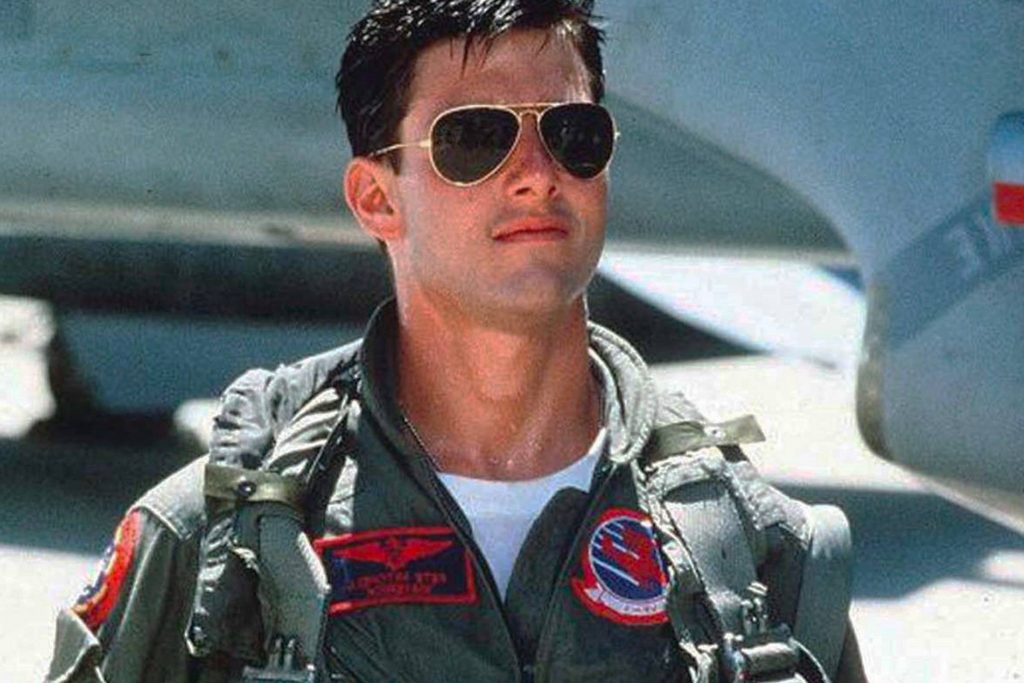 Remember the movie Top Gun? With that action flick, Tom Cruise certainly helped put the Aviators up there as one of the most era-defining shades we’ve ever seen. We bet you’ve tried wearing these in front of a mirror and relive that classic sequence where Tom Cruise’s character, Maverick Mitchell, is donning the Aviators while walking on the tarmac with other pilots and say, “I feel the need… the need for speed!” Ring any bells?

Besides all that, Top Gun in a way also reminded us of the military origins of these beauties.

Aviators were first designed by Ray-Ban’s founders Bausch and Lomb in the 1930s for the sole purpose of protecting the vision of military pilots. In fact, USA’s very own General Douglas MacArthur, who you can say was equally famous to Tom Cruise during the wartime, is one of the many fans of these Ray-Bans. There’s a famous picture of MacArthur donning his Aviators, complemented with his usual military uniform and an overly long smoke pipe.

Unbeknownst to Bausch and Lomb, this is only the first of their many retro shades that will set trends, decades later, in the eyewear scene around the world.

From James Dean, to Johnny Marr of The Smiths, and Men In Black tandem, other Ray-Bans have graced hundreds of famous faces. But in terms of popularity, the Ray-Ban Wayfarers and Clubmasters are the ones which trail behind the Aviators.

The classic Wayfarer that sports a more modern-looking shape debuted in 1952 and was quickly picked up by personalities including boxing legend Muhammad Ali who rocked a pair during a TV interview. 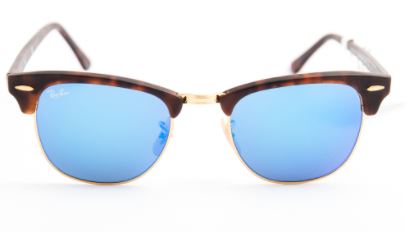 On the other hand, the Clubmasters are more vintage inclined compared to the Wayfarers. Iconic for its wire-brimmed lenses and acetate brow and temple arms, this piece of history completed the look of Tim Roth’s character, Mr. Orange, in the 90s classic heist film Reservoir Dogs.

When you’re wearing any of these Ray-Ban shades, you know you’re not just wearing any sunglasses. You’re also wearing a relic of an era. And sometimes, it’s the history that’s associated with models like these is what makes it even more special.

If we’re talking of fame, our next brand, like the guests of the legendary David Letterman in his new Netflix show, needs no introduction.

Just marvel at Prada’s Minimal Baroque sunglasses and you’ll see where we’re coming from. This Italian brand of sunglasses has been synonymous to luxurious and daring because of its sophisticated and elaborate designs which attracted celebrities and members of the elite. 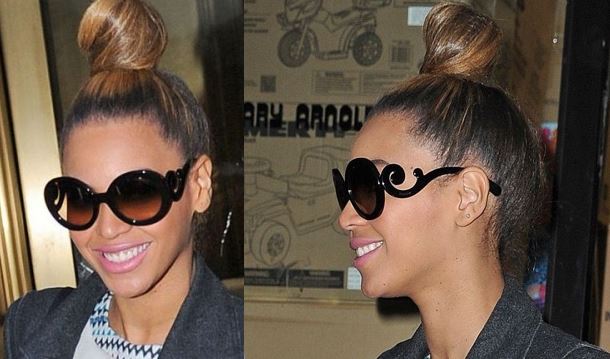 Unapologetic for its wide rounded frames and beautifully exaggerated temple arms, the Minimal Baroque collection is truly a product of Italian heritage and artisanal craftsmanship. This pair of posh frames debuted in 2011, in Prada’s carnival-themed spring runway show. And since then, it has become a celebrity favourite. Some of the stars who hopped into the trend and slayed a pair of these were Beyonce, Miley Cyrus, the Kardashians, Zoe Saldana, and more.

Aside from the glam and unconventional fashion that Prada is widely associated with, Prada is also the mastermind behind the Linea Rossa collection which gives a fresh and elegant flavor to the usual and aggressive sports sunglasses that we know. This collection is easily recognized by the red stripe and logo inscribed on the temple arms.

This collection exhibits unique snow goggles and sporty sunnies like the Prada 52QS and Prada 04VS which are only some of the unconventional frames that we loved from this line. 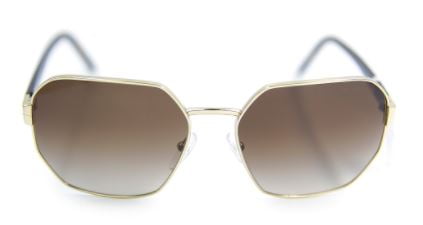 Make no mistake, though! We may love these sporty shades from Prada, but the distinctive looks in their cat-eye shaped frames like Prada 01VS and in the oversized geometric Prada 54XS, which are either coated with bold colors or elaborate prints, are still what makes the “devil” wear Prada. And by devil, we mean the bold and the brave.

We probably won’t run out of good words to say about this icon.

Since its transition from manufacturing handlebar grips to making goggles in 1975, with a guy named Jim Jannard manning the helm, Oakley has never failed to deliver quality sports sunglasses up to this date. While Oakley is a household name in the sports scene, their everyday and fashionable sunglasses don’t fall behind in any categories. 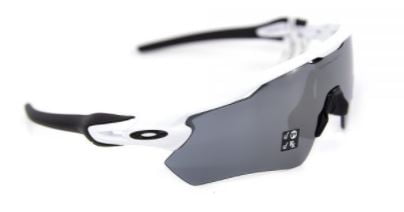 The build, technology and style of their regular sunnies are on par with that of the Jawbreakers, the Flak Family, and Radars.

Before 1985, Oakley already achieved massive success in the world of sports. In fact, their “O logo” was already carved in the Mount Rushmore of athletic eyewear. Despite this success, they hadn’t yet touched a niche market that they felt they needed to reach. It’s the consumers on the other side of the spectrum, basically people who are not always into sports. With that in mind, our personal favourite Oakley Frogskin was born.

Frogskin was Oakley’s answer to the need for everyday sunnies. Easily recognizable, when this style was first released it was available in 50 colourways.  It was destined to be an instant classic and definitely put Oakley on the map.

Another piece that swept us off our feet was Oakley’s Holbrook Collection. It’s classic square-ish frame and timeless appeal can make you stand out from the crowd. This bad boy even grew in popularity as celebs like Zac Efron was seen rocking a pair of Holbrooks.

Holbrooks, with Prizm™ technology on board, proved to be such a nifty piece of fashion that Oakley was forced to design an entire collection. We loved how they played on the colors of the frames and tints of the lenses to match a style that can jump from classy, to sporty, to urban, without skipping a beat.

For those who still feel that Oakley is just for the active and the athletic, we can’t blame you. They’re just that good when it comes to athletic eyewear tech. But it doesn’t mean you can’t rock a pair of Os. Oakley has a number of lifestyle sunnies for men and women for you to try out!

Staying true to its name, Carrera has reigned in the racing world since 1956 with their iconic racing sunglasses. From their vintage Carrera 80 and Carrera 5463 to their newest project, Capsule Collection, this brand never failed to deliver.

They also got their fair share of fame within the Hollywood industry when one of the GOAT actors, Al Pacino, wore Carreras in his 1983 film Scarface. Fortunately, we saw once again a pair of Carreras on the silver screen when the movie Rush hit the theaters in 2013. This sports biopic featured the original classic teardrop-shaped Carrera 80 and Carrera 5463 worn by the actors Daniel Bruhl and Chris Hemsworth, respectively. 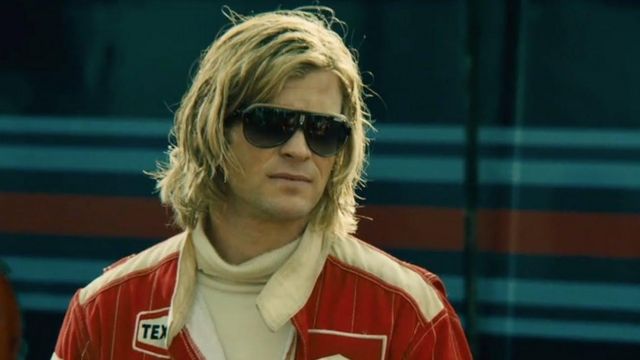 But aside from these red carpet-worthy models, Carrera has a lot more to offer. Like their nifty and stylish Boeing series which debuted in 1986. To this date, these extremely lightweight aviators with high anti-glare features stand as the most successful collection from Carrera.

Unbeknownst to them at the time, the brand would transcend aviation and sports. Full-rim glasses like the Carrera 1030 which marry the sporty and urban vibes were later added in their inventory. 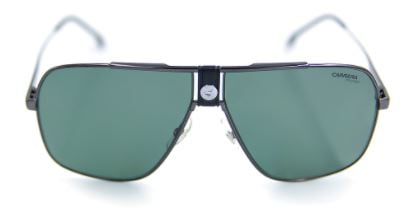 Stylish navigators like the Carrera 1018 for men were also rolled out. And don’t worry, ladies! There’s always cat-eye sunglasses for you. Check out the Carrera 1021 model in violet lens and golden frame that will instantly make you a head-tuner!

Last and definitely not the least. If Tom Cruise got the Ray-Bans, RDJ got the Police. You read it right, Iron Man himself. 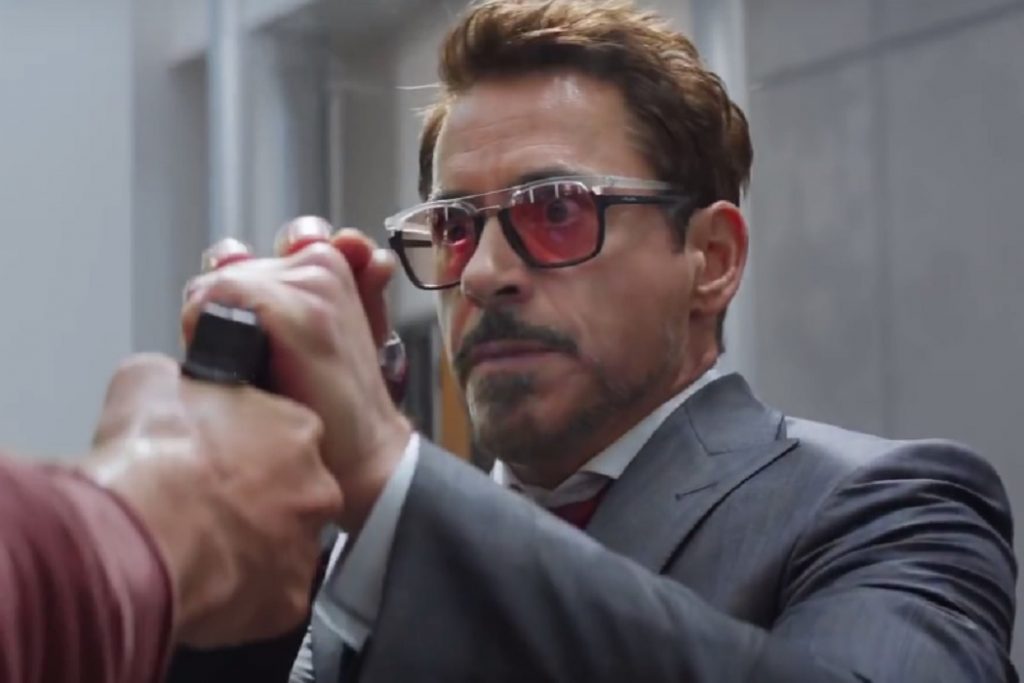 We all know that when he’s not iron-clad with his superhero get-up, he’s the genius, billionaire, playboy and philanthropist who can effortlessly turn heads with just a suit, pants, sneakers and a pair of sunglasses.

And those sunglasses? It turns out, it’s the Police Neymar Jr. S1948! This bad boy is a head-turner that it even got the attention of Marvel’s costume designers. Although it would have been more special if Robert Downey Jr. chose it himself. Nonetheless, this Police wayfarer is a stunner!

Police has been on the roads of Italy since 1983, worn by both genders of the young and nonconformist generation back then. But now, staying true to its rebellious spirit and urban impression, Police lifestyle sunglasses prove to be a favourite both by the young and the old.

Besides the Tony Stark sunglasses, Police Origins 9 are also a must-see. It’s extremely enveloping shape doesn’t conform to any of today’s standards. This pair of shades is perfect for those who truly want to stand out. While it doesn’t share the same fame as the former, we’re also betting on this one!

Another Police that caught our attention is their Police Wings 1! These wire-rimmed aviators scream class and strong personality at the same time. But what we loved the most were the top bar and the subtle wing-shaped accents on the nose bridge and end pieces, which are obviously a nod to their winged Police logo.

The beautiful irony of this brand lies in its name. Who would have thought that designs like these which exhibit such rebellious impressions would be named directly after the police—which, more often than not, are on the other side of the fence.

If you’re one of those who always beg to differ and take the roads not taken, Police sunglasses are definitely for you.

When looking for a pair of sunnies, you’re not simply looking for protective eyewear. You’re also considering the character and the impressions that the sunglasses can bring to the table. And these five brands have already had a long history of doing just that. And they actually never failed to deliver.

So if you feel that you couldn’t agree more to the models mentioned here, all that’s left to do is to get them! Shop around Great Southern Sunnies and for sure, you’ll find the best pair in our great collections!

Also, watch out for promos and sales because they might just be the kind of offer that you can’t refuse.